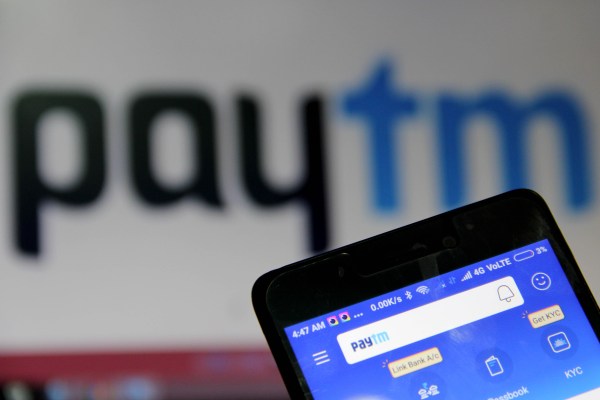 The two firms did not disclose financial terms of the deal, but a source familiar with the matter told TechCrunch that EBay has invested between $150 million to $200 million in Paytm Mall at a valuation of $3 billion, up from under $2 billion last year. Paytm Mall had raised about $650 million prior to today’s announcement, the source said.

The agreement will see more than a million products of EBay be made available for purchase to users on Paytm Mall, Vijay Shekhar Sharma, founder and CEO of Paytm said in a statement. “We will jointly select the inventory we want to bring here. It will be done in a month’s time,” he added. EBay will continue to operate its e-commerce site in India, the company said.

The deal could strengthen Paytm Mall’s position in India, where it competes with Walmart -owned Flipkart, and Amazon India. Online retail sales in India are expected to grow to about $72 billion in three years, according to research firm eMarketer.

Paytm Mall, which is backed by SoftBank, Alibaba, Ant Financial, and SAIF Partners, reported GMV sales of $188 million in 2018. In last one year, sales at the e-commerce arm of One97 Communications, which also runs Paytm wallet, has lost momentum after it cut down the lofty offers it was bandying out to customers, according to an Economic Times report.

Like Amazon and Flipkart, Paytm Mall operates on an inventory-led model in India, but in recent months it has shifted its focus to offline-to-online and online-to-offline models, wherein orders placed by customers are serviced from local brand stores. A second source told TechCrunch that Paytm Mall intends to aggressively grow its non-inventory based models. Paytm Mall claims to have over 100,000 seller partners on its platform.

This is EBay’s third investment in India. The company made its first investment in the country in Snapdeal in 2013, and then on Flipkart. After the Indian firm was acquired by Walmart for $16 billion, EBay sold its stake for $1.1 billion and relaunched its e-commerce site with cross-border trade as its new focus.

“We are deeply committed to India and believe there is huge growth potential and significant opportunity in this dynamic market,” said Jooman Park, Senior Vice President of EBay’s APAC business. “This new relationship will accelerate our cross-border trade efforts in a rapidly growing market, providing hundreds of millions of Paytm and Paytm Mall customers with access to EBay’s unparalleled selection of goods.”

10 Most Popular NodeJS Frameworks of 2021

February may be Black History Month, but in reality, we should always celebrate the inventors ...