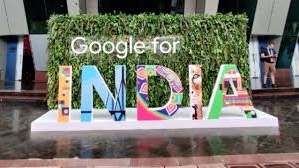 On a day when Paytm, which has a running feud with Google, launched its own mini app store, the American tech giant announced that it has deferred the implementation of 30% commission on in-app purchases of digital goods from its Play Store in India to March 2022.

Google seems to have taken a step back after Indian developers voiced their opposition to Google’s alternative payment systems.

Google said it was “extending the time for developers in India to integrate with the Play billing system, to ensure they have enough time to implement the UPI for subscription payment option that will be made available on Google Play — for all apps that currently use an alternative payment system we set a timeline of 31st March 2022.”

Globally though the fee is set to come into effect from September, 2021.

Google to listen to Indian startups

The American tech company seems to be concerned by the backlash among the Indian tech companies to its new payment policy.

*We are setting up listening sessions with leading Indian startups to understand their concerns more deeply;

*We will be setting up Policy Workshops to help clear any additional questions about our Play Store policies.”

And, of course, it has extended the deadline for developers in India to integrate with the Play billing system.

Purnima Kochikar, Director of Business Development, Games & Applications, Google Play, said in a blog, “we consider it extremely important to understand the concerns across the ecosystem, and these listening sessions over the next several weeks will help us find comprehensive solutions that work for everyone. When a developer succeeds on the Play Store, we consider it our biggest win.”

She added: “At Google we have always had a long and deep commitment to India, and working alongside the startups and developers has given us a more meaningful understanding of how technology can be more helpful. And so we remain committed to engaging with the community, to listen and find the right ways to help the Indian ecosystem grow and flourish.”

Has Google taken a step back?

The decision to extend the deadline for Indian developers shows that Google is slightly uncomfortable with the developments in India. As we said, Paytm has launched a mini apps store. Further, Paytm, which got temporarily ousted from the Play Store, seems to be spearheading a campaign for developing an Indian alternative to the Google Play Store.

A bunch of Indian technology entrepreneurs have had a meeting last week and discussed ways and means to set up a platform that will host apps, especially Indian ones and not be at the mercy of companies like Google and Apple.

For Google, India is a huge and important market. Close to 90% of Indian smartphones operate on its Android eco system. If Google takes a hit in Indian market, it will have larger ramifications for it.

All these would mean that Google, at least for the time being, has eased off on its aggression in the Indian market.


Source link
2020-10-06
admin
Share
Previous Early Prime Day Deal: Save $50 on the Ninja Foodi Deluxe
Next A Dangerous Year in America Enters Its Most Dangerous Month