Apple may be transitioning to ARM processors in the Mac soon, but the company has been closely connected to ARM in multiple ways for thirty years — and those connections contributed to why Apple survived the dark days in its history.

The rumors that Apple will move the Mac to running on ARM processors have been circulating for a decade. But, the move has its origins three decades ago.

Apple’s connection to ARM has famously seen its benefits in the iPhone and iPad, but it’s also the reason that Apple survived.

From when he took over again as Apple’s interim CEO in 1997, to when the iMac came out in 1999, Steve Jobs made two very public moves to turn the company around. Apple was reportedly just 90 days away from having to declare bankruptcy, but Jobs engineered a deal to get Microsoft to invest $150 million in it.

There was probably more immediate value in having Microsoft commit any money at all, because Bill Gates also committed to developing for the Mac for five years. That was what was really able to turn Apple around.

Similarly, Jobs’s other public move was to cancel projects such as the Newton. Amidst the outcry over that, though, what was missed was that the Newton ran on an ARM processor. And that at the same time as cancelling the MessagePad, Jobs began selling off Apple’s stake in ARM.

This is where the real money came in. And this is where ARM saved Apple for the first time.

ARM has its roots in the British company Acorn. While little known in the States, it was famous in the UK for being behind the BBC Micro. This competitor to devices like the Commodore 64 was a huge success in UK schools and in the early ’80s, that backing made it possible for Acorn to plan for the future.

The result is a processor that is less capable but far more powerful. It’s sufficiently powerful and fast that it more than makes up for the fact that instructions have to go through more steps to be completed.

Alongside that power and speed, comes low-power consumption — and that’s where Apple got interested. In the late 1980s, Apple started working with Acorn and then on November 27, 1980, the two companies joined with chip manufacturer VLSI Technologies to form a company. 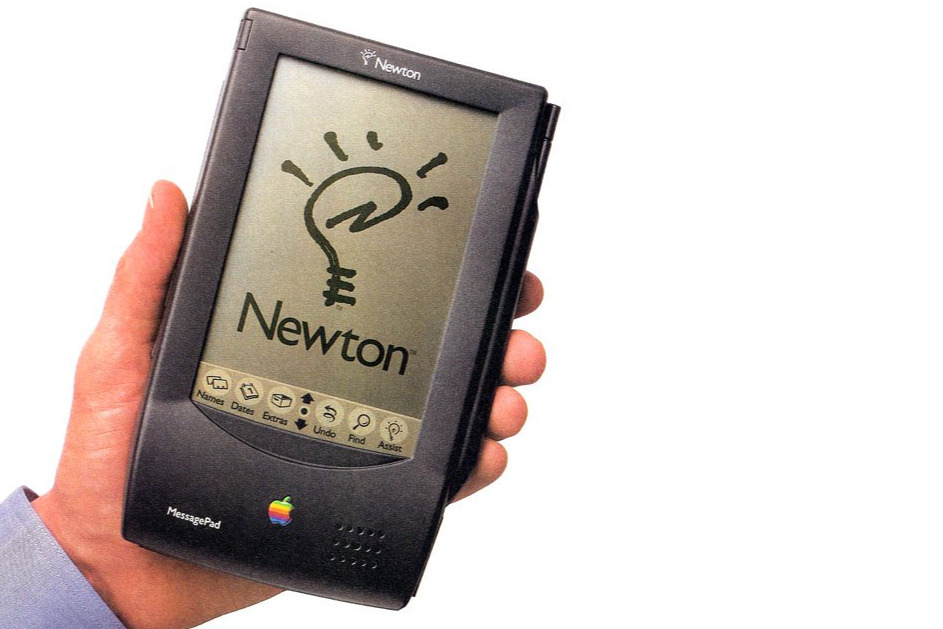 It was called Advanced RISC Machines Ltd., and Apple paid in $3 million to own 43% of the company. The intention was to have an ARM processor designed and then made for what was to be the Newton MessagePad.

The new company did exactly that and in 1993, the first Newton came out. At the same time, though, two more things happened.

Also in 1993, ARM, possibly concerned about being tied to making processors for one device, started looking to license its technology. this was an unusual move at that time in the industry, but it is how ARM transitioned to a firm that designed processors for other companies.

Later that year, Texas Instruments became a client and that rather validated both ARM and its new approach to designing processors and collecting royalties on them. Shortly afterwards, people at Texas Instruments persuaded Nokia to take on ARM. In 1994, the Nokia 6110 was released.

This is all still to do with ARM looking to expand, and there was this other thing going on at the same time. Apple was not selling enough Newtons. Apple wasn’t selling enough of anything and it was truly doomed until Steve Jobs returned.

Far less publicly than the Microsoft deal, or the cancellation of products such as the Newton, Jobs also sold shares in ARM. It’s not known how many shares Apple ultimately sold, or whether it retained any at all. But by February 1999, Apple owned just 14.8% — and had made $1.1 billion out of it.

That gigantic profit of 366 times its original investment would not have been possible if ARM hadn’t gone public in 1998. And it would not have had to go public if it hadn’t been a huge success with, at the time, at least 165 different companies using its ARM processor designs. Apple was one of them.

The beloved yet failed Newton went away. The iPod came along in 2001 and it, too, was built on ARM. Apple used ARM processors in that overwhelmingly successful device, but also in ones such as its AirPort wireless base stations — and the iPhone.

The second time that ARM saved Apple was with the iPhone. Every single one of the iPhones ever made, right from the start, has used a specially-designed ARM processor — but it wasn’t expected to.

When the iPhone was being designed in the mid-2000s, Apple was getting ever more deeply involved with Intel. And so it asked Intel to produced the processors for the iPhone.

If Intel had said yes, the ARM company would probably be very successful anyway, but you wouldn’t have heard of it. It would just be the type of processor behind many devices such as Internet of Things ones.

Only, Intel said no, and if its reasoning seems short-sighted today, we have the benefit of knowing how many devices Apple has sold since then. At the time, Intel had just sold off its own division that had been working with ARM designs, and it had done so because it hadn’t been a success.

Coupled to how Intel expected the iPhone to sell in only limited numbers, it was a straight spreadsheet calculation. This much cost to develop the processor and this many potential sales, did not add up. 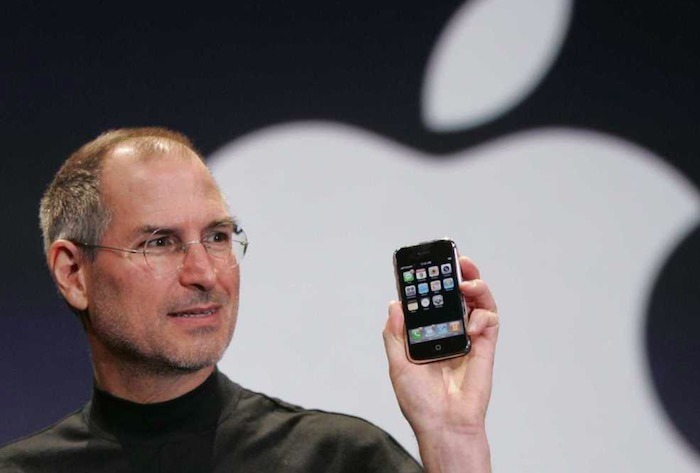 Intel must regret that now, but back then it had to have been Apple that wished things had gone the way they wanted. Forced to use an alternative, though, Apple worked with ARM to design and then with Samsung to produce a processor for the very first iPhone.

Apple gets on board

That original iPhone was many things, but it wasn’t particularly fast. And one possibility for that is while the ARM technology was fine, and Samsung’s manufacturing was exactly what had been asked for, there was a weakness in the middle. Apple did not know enough about designing processors.

By 2010, the iPad was coming out and Apple was rumored to be in talks to buy ARM. At the time, ARM was valued at around $8 billion, and whether it was that Apple couldn’t justify that expense at the time or not, the company backed out.

Instead, Softbank bought ARM in 2012. So Softbank is now the owner of the firm that Apple uses for its A-Series processors, but Softbank is also the company that got Steve Jobs to give it the iPhone exclusive in Japan.

It’s just now making a lot of them to Apple’s own team’s detailed specifications. Apple has increasingly added to its own pool of processor designers and its efforts have paid off.

Arguably, ARM really saved Apple a third time because of the lead it has given it in smartphones. Consistently, an iPhone will outperform an Android phone of similar or even ostensibly better specifications, because of the design of its processor.

That has always been true and it is one reason why today’s most inexpensive model, the iPhone SE, is faster than the most expensive Android devices.

The difference has never been more acute than in 2013. That’s when Apple unveiled the iPhone 5s with its 64-bit A7 processor. “This is the first-ever [64-bit processor] in a phone of any kind,” said Apple’s Phil Schiller at the time. “I don’t think the other guys are even talking about it.”

They were, actually, but however far they’d got, it was a long way behind Apple. Sufficiently so that competitors tried mocking it, saying that no one could ever need a 64-bit processor in a phone. Not until they all brought out their own ones.

Intel has for some years been behind on its own road map for creating processors and Apple has regularly been held up because of it. Apple might have a design it wants to put out, but the Intel processors available aren’t up to it.

And it’s not as if Intel is selling its processors cheaply, either. Part of the price difference between the low- and high-end MacBook Pro 13-inch device is down to the amount Intel charges.

So on the one hand, Apple is being delayed by Mac processors that are falling behind. And on the other, it’s forging ahead faster than its rivals on iPhones.

Today, Apple does not need saving any more. Apple is doing very nicely and where it was once 90 days from bankruptcy, it could now go for more than a year without selling a single cent to a single customer, and it would be fine.

Yet this is a point where Apple may be changing Macs radically, and it looks to be a point where it’s ARM that will make it possible.

If Apple announces ARM Macs at WWDC 2020, the likelihood is that the earliest we will actually see one on sale is the end of this year. Which just happens to mark thirty years since Apple founded ARM in the first place.

In a note to investors about Apple’s alleged removal of power adapters from the box ...