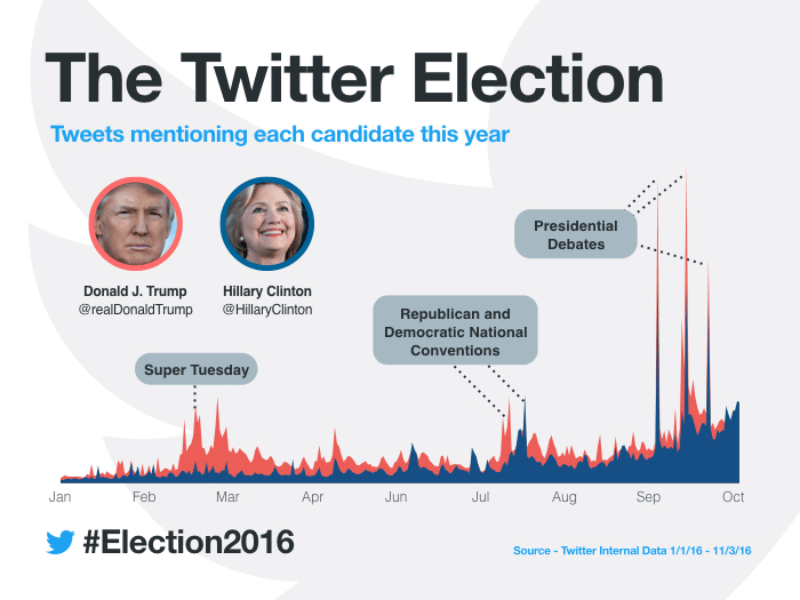 Twitter is an American microblogging and social network where users post and communicate using short messages known as “tweets.” Tweets were originally limited to 140 characters, but on November 7, 2017, this limit was doubled for all languages except Chinese, Japanese, and Korean (CJK characters language group). Twitter Inc. is headquartered in San Francisco, California, and has more than 25 offices worldwide.

The website works in two ways regarding their users; registered users can post or share their tweets, while unregistered users can only read them. The access to Twitter for users is via text message (SMS) or a mobile application, which may be downloaded in the App Store for iPhone or Google Play for Android owners. So, in the end, it is up to the user which journey to begin with.

The official history of the microblogging network speaks only of three co-founders. Williams, another former Google employee, Biz Stone, and Jack Dorsey. However, a few years ago, it turned out that another man, Noah Glass, also played a big role from the start.

So, how was it? The fundamental of the story is Evan Williams, who, together with Glass, invented the Odeo service. Primarily, he only worked as a consultant and investor, but after a few months, Evan Williams joined the team. With the vision of success, the company began to expand, and other players joined the team, including Jack Dorsey. In 2005, Odeo launched its first product, a music podcast platform. However, the timing was unfortunate due to Apple coming up with iTunes, which has already pre-installed the application on all 200 million iPods ready for sale. Odeo did not make it to the market and no one blinked an eye in terms of buying it. The founders thus began to look at what another course the direction of the company could take.

Noah Glass and Jack Dorsey, especially, came up with a concept for a status sharing network. The idea was to create a platform in which people could briefly share what they were doing at a specific time. Glass and Dorsey introduced the idea to the rest of the company, and although Williams was initially skeptical, he appointed Glass as the project manager. Several Odea workers later recalled that although the original idea came from Dorsey, Glass was literally obsessed with the idea of the platform. The other two co-founders, Williams and Stone, did not believe in the project as much.

A prototype of Twitter, named twtrr was created in mid-2006. The establishment of the prototype caused the split of interests in Odeo. Williams bought shares in Odeo from shareholders as he was able to foresee that the original plan was going nowhere and, in this way, acquired a majority of the company and thus Twitter itself. He renamed the company Obvious Corp and took a step that has given him an unflattering reputation by both, the public and colleagues due to firing Noah Glass. The employees of Odeo claimed, that the reason was probably because of dissimilar opinions. Others alleged that Glass was too keen to be at the head of the platform as he had initially planned to break away from the company with Twitter and create his own network.

Later on, Glass said he felt deceived. “I left Odeo with something. But if things had turned out differently, I could have gotten a lot more.” He also added that he felt betrayed by his friends, his company, and the people he trusted and worked with to create something extraordinary. Although Glass never denied the credits of Dorsey or Stone, he seems to be erased from Twitter’s history. Furthermore, the employees from Odeo have repeatedly called Evan Williams a calculative person. Several years ago, allegations arose towards Williams when he had not compensated employees of Blogger after he sold the company to Google in 2003. Others accused Williams of buying Odeo from investors because he knew that Twitter would be a success, even though it had only 5,000 users at the time. 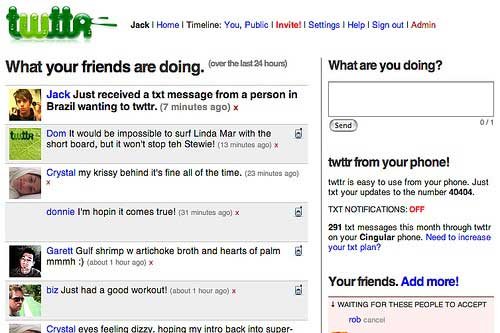 The $10 billion social network was created in 2006, has about 329 million active users but has a problem acquiring new ones. Twitter, which started as Twttr, has gained massive user interest over the years. During its best years in 2013 and 2014, the company had an estimated value of up to about $ 40 billion, helped by the sales advertising.

In 2009, the hashtag, as the # character, became a big trend. In fact, it was not a fabrication of society but taken away from users who used the symbol to connect the debates about the same events and topics. That year, the platform transformed the character into an automatic hyperlink that linked the contributions of those who used it. At the same time, Twitter cleverly used it to sell advertising, especially television companies, which convinced them that they could create a kind of “social soundtrack” on the network through a hashtag. In the same year, the company presented users with the opportunity to retweet, i.e. to repost a foreign post. Although it seems obvious now, the tweets only had to be copied manually before.

Mobile app and another attempt for the music industry

In April 2010, Twitter introduced a mobile version of the application. Interestingly, the first brand that could use the app were the owners of BlackBerry. However, during the same month, the app was compatible with iPhones and later with the Android operating system. In 2012, the company also prospered by purchasing the Vine application, which is a short-form video hosting service where users create six-second loop videos. The application was essentially used by the younger generation thus twitter attracted new users. Twitter started to bloom after the purchase, and six-second videos were made a billion times a day in the top months. 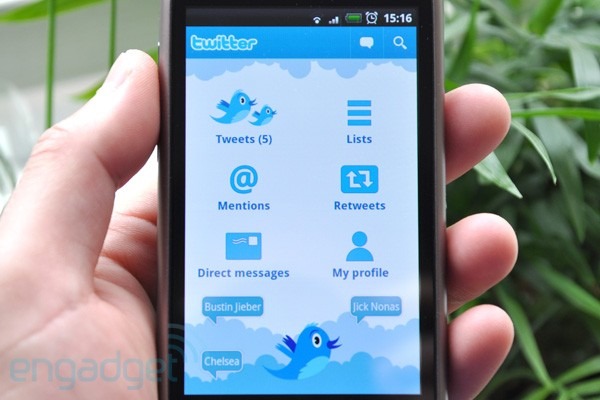 On the other hand, the company’s efforts were a failure once wanting to succeed in the field of music. Twitter #Music was created with the purchase of the music start-up We Are Hunted, to unveil the music users’ tweet about and therefore allowing them to discover new songs and artists. The service was a flop and shortly after the establishment, the project came to an end. However, this helped the company get bogged down in the music-streaming industry and extended the platform by collaboration with SoundCloud and iTunes to play music in users’ timelines.

From 2015 to 2018, the problems began to appear, especially with the growth of the user base. In April 2015, the value of the company’s shares decreased by 18 percent due to unflattering quarterly results. Unlike Facebook, Twitter had a problem attracting new users, which reflected in its declining value to 9.81 billion in June 2016. One of the shocking moments came in 2017 when Williams claimed he would sell 30 percent of his shares due to personal reasons, however, it never came to that point.

As one of the leading news sharing platforms, Twitter has played a significant part of the COVID-19 pandemic in 2020, in terms of flash messages. Due to the pandemic happening worldwide, the network was overloaded with information. However, Twitter began to notice that some of the shared messages included misinformation thus the tweets which contained deceptive data were marked as misleading with links directly to main COVID- 19 websites.

When we observe at the global unit, which connects 1.44 billion users on one network, the intentions are clearly defined on the login page. “Facebook helps you connect and share with the people in your life.” Facebook creates online links and sharing networks that have been caught by a huge number of people precisely because there are quite a few restrictions within it. It is a platform for long discussions, intertwined and virally wandering content, or self-realization within one’s own profile. And if you want to track someone down, you use Facebook, not Twitter. As clear as daylight.

On the other hand, here we have Twitter, which has profiled itself in different shades. “Connect with friends – and other fascinating people. Get up-to-date updates on things that interest you. And watch things unfold in the immediate time zone, from every angle. As a slogan, it’s a pretty long text, and a warning finger for successful marketing would normally rise here. As if its contents wanted to be wiped out in every possible area. News, interesting things, hobbies, fascinating things. Tracking messages in the greatest detail. Whatever you want.

Millions of people use this social network for various purposes, but one of the main assets that Facebook can only envy is fast and relevant communication that connects users with interesting and versatile content. Twitter is fast, concise, viral, and acts as a springboard. If you really want to know what’s going on in the world, all you have to do is follow opinion-formers and the world’s media of any kind and use their tweets to get instant access to various multimedia content. These can be articles, photos, music, YouTube, or simply the opinions of the people you care about.

If something significant is happening, immediate witnesses as well as the media on twitter promptly inform, and if their activity is relevant, they get to the trending section, where they can be watched by the whole world without restrictions. Their posts are chronologically arranged and very clear, which cannot be said on Facebook. Once someone leaves a post and its comment section, any chronology and clarity are gone. If someone on Twitter is bothered by the low transparency of tweets (in which Facebook, on the other hand, clearly leads in the posts and comments), things are fundamentally improving, and they cannot be compared with the situation from a few years ago.

Twitter does not limit users from accessing people. Anyone with similar interests or opinions can follow you and vice versa. Users can follow influencers and well-known people, or someone quite ordinary, but clearly, in this regard, Twitter is catching up and maybe even surpasses Facebook in a way. The network is not made only for fun and entertainment, but also for dealing with serious topics (the banal ones too), while your activity does not remain in the spotlight to all your friends as on Facebook.

Moreover, Twitter does not even use the artificial term “friend” on anyone, leaving the platform more professional. If someone is interested in you, follow him, which also applies mutually, and one is not conditioned by the other. Twitter may not be as personal as its rival, however, much underestimated and overlooked. On the other hand, it may not be completely detrimental. Maybe it is better if the most irrelevant content stays on Facebook and Instagram. 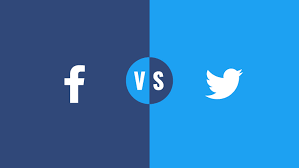 The presence of 14 years on the market, several attempts to outshine within different industries, let Twitter focus on what it has done so well over the years: fast and short messages that bridge world events and can spread at lightning speed.

How to Buy Bitcoin | Digital Trends

eCommerce Store Blueprint: How to Build and Grow a Profitable Online Store

Have you decided to take the plunge and join the world of eCommerce? Well, ...